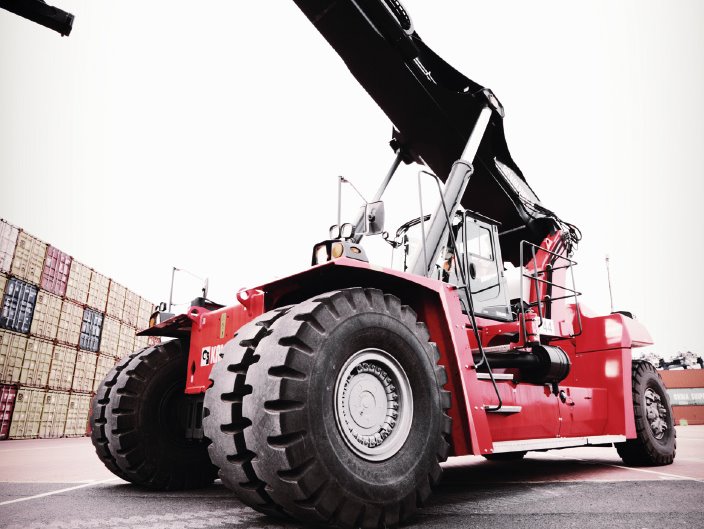 “The service agreement gives us more freedom and flexibility. We can add or reduce the number of vehicles easily.”  Torbjörn Persson, Chief Operating Officer, Container terminal

Ports of Stockholm, one of the top five container terminals in Sweden, wanted an upgraded fleet, a better work environment for drivers, and improved fuel consumption. They got all that – and more.

While the Stockholm container port is the fourth largest in Sweden, it is also based on a tiny area built on reclaimed land in the middle of the nation’s capital, making space a challenge. Also, the port’s reachstackers were of different makes, at different stages of their life cycles, mostly old, and under-serviced.

Of the five reachstackers in the fleet, four will have to be operational for things to run smoothly, and with Mediterranean Shipping Company, the world’s second- biggest container company in the world, as a new customer, it was time for a complete upgrade.

When launching a replacement plan the port management decided to focus on a whole new fleet of reachstackers. Kalmar DRG reachstacker, Gloria, was chosen based on high productivity, driver comfort and ergonomics together with low total cost of ownership (TOC). The delivery includes a service contract that maximizes equipment availibity to the agreed level of four units.

The service agreement includes newtyres and the necessary service staff,while the port will cover its costs for fuel,an issue they also hope the new Gloriareachstackers will help them address.

Gloria is also more environmentally-friendly and the new cabin will make the drivers’ work on the uneven reclaimed land easier.

The G generation Gloria reachstacker is fuel efficient – which is important for cost reduction and environmental considerations. With all trucks at the same, early stage of the life cycle, and of the same make, the port using only reachstackers can rest assured that its fleet will be up and running, day in and day out.

Low and predicted TCO over its lifetime makes planning easier and eliminates unpredictable events for the port down the road. If the need arises, they can easily add more reachstackers to the agreement.